A New Foothold to Leap Forward in the World 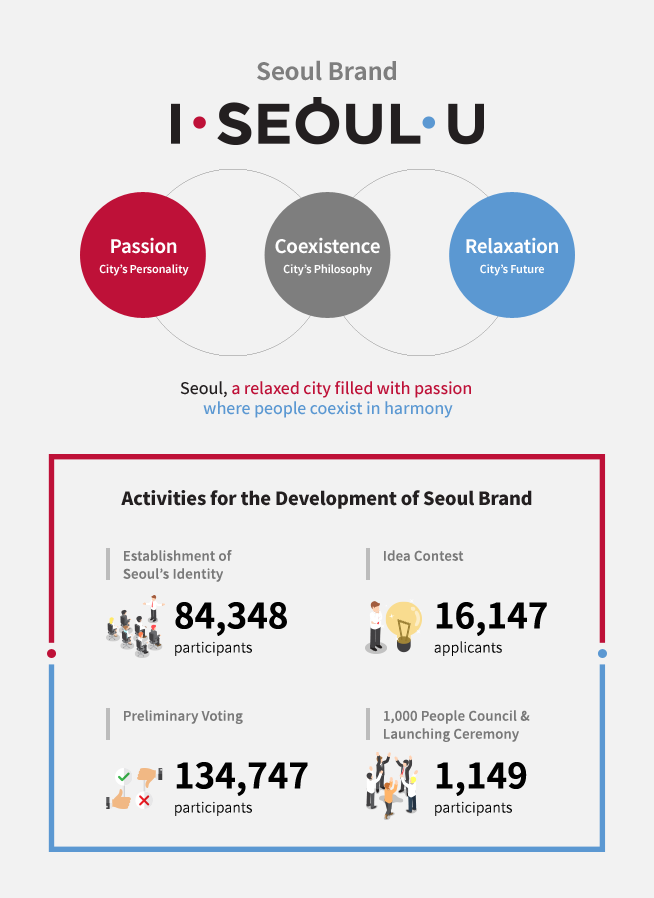 A country that succeeds in attracting global tourists by activating city brands is also successful in attracting investment from the world. That is the power of city brands as invisible assets. With its goals to attract 20 million foreign tourists per year and to become one of the world’s top 3 global MICE (corporate meetings, incentive tourism, international convention and exhibition & events) cities, Seoul has been growing into an international city which has caught the world’s interests. In order to make a new leap forward, however, it was critically necessary to raise Seoul’s competitiveness more and create its city brand to be a new growth engine of Seoul.

So, Seoul decided to create Seoul’s unique city brand that can contains the past and the present of Seoul, and it became a new foothold to leap forward in the world.