Comprehensive Development Plan for the Areas near Seoul Station

In May 2015, the Seoul Metropolitan Government announced the “Comprehensive Development Plan for the Seoul Station Area,” through which it plans to develop the Seoul Station area into a central axis of the city, connecting the industrial area that runs from north to south and the MICE axis running from east to west. Seoul put forth this plan after extensive citizen consultations, including objections through communications on 100 occasions (73 on-the-spot communications, 7 opinion gatherings, 13 consultations with related agencies).

Seoul uncovers a development plan for the North Station influence area, as requested by citizens, in cooperation with Korea Railroad Corporation (KORAIL) regarding “Seoul Station 7017 Project” at an early stage. Seoul will also carry out traffic measures to improve the traffic situation by, for example, building a short-distance indirect route (Mallijae-ro to Yeomcheongyo to Toegye-ro) and reinforcing the arterial axis between the East and the West (Chilpae-ro to Sungnyemun Gate). In addition to the development of the area north of Seoul Station, the Seoul Metropolitan Government is also drawing up a plan to create a MICE axis that connects the COEX and Jamsil area, Seoul Station, Sangam and Susaek area, and KINTEX in Goyang.

As part of the government’s efforts to revive Namdaemun Market, which has been in decline for 10 years, Namdaemun Market was selected as a “Global Luxury Market” by the central government in April, and will receive KRW 5 billion to reinvigorate the market. 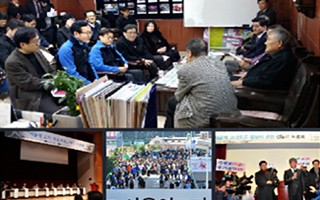 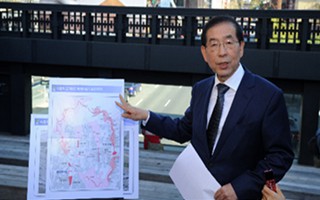 Proposing the direction to utilize the elevated road near Seoul Station